Maybe the oldest politic graffiti in the city, during the Secession War (1640-1652), called in Catalunya Guerra dels segadors 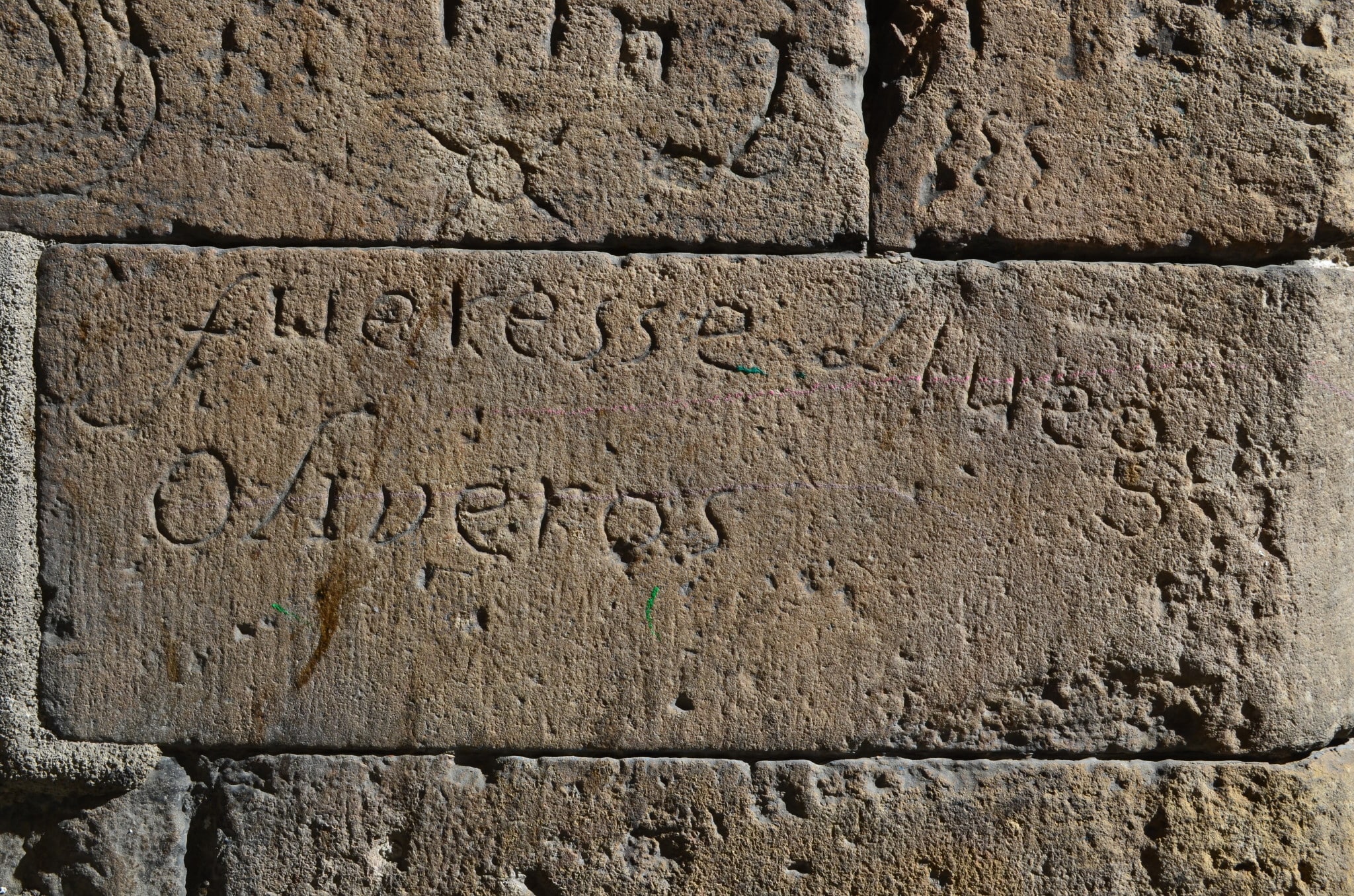 “Oliveros fuerese”. Olivares is Don Gaspar de Guzmán, Conde-Duque de Olivares, first counselor of the king Felipe IV this graphity was written during the bloody civil war called in Catalunya Guerra dels Segadors (1640-1652), and it is an old version of the famous phrase ”go home”.

The conflict began the 7nth of June 1640 with a explosion of violence in Barcelona that ends with the murder of the Viceroy Conde de Santa Coloma. The motive of the revolt was the mobilization and permanence of the royal army in Catalunya with the obligation of the population to feed and give them hostage . The behavior of the troops was arrogant, event violent in many villages and the people was really fed up that 7nth of June.

That days was usual the arrival at Barcelona of many reapers from the country for the harvest season. The riots began because a fight between a reaper and some officers of the Viceroi marshall, quickly the revolt extended to all the city, beginning a hunting of all the persons related to the king’s side. After the murder of the Viceroi, this facts took the country to a bloody war of 12 years